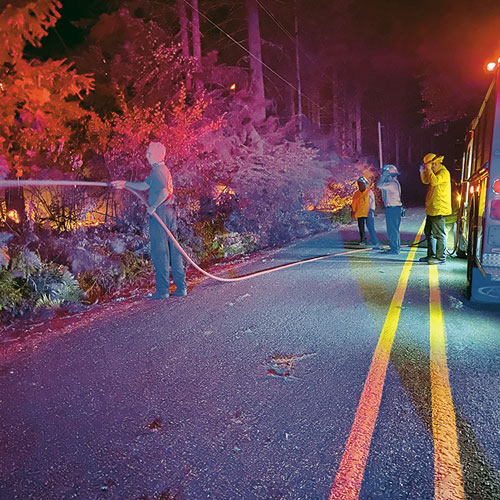 Why they are heroes: Amid the wildfires, Canby residents united to fight on the front lines, help others, shelter animals, make donations and much more. 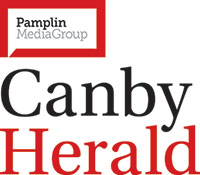 CANBY BANDS TOGETHER AMID WILDFIRES

“Well, I told the chief the other day I thought I’d seen just about everything in the time I’ve been here. But the last couple weeks — wow.”

In his 50 years serving at Canby Fire District, Wayne Austen acknowledges that seeing the wildfires threaten Clackamas County communities in September was a first for him. When faced with unprecedented wildfires in the middle of a pandemic and racial unrest, the community of Canby stepped up in unparalleled ways.

There is no one hero more deserving of recognition than another, and that is why all those in Canby who took action during the wildfires, from those fighting on the front lines to those donating quietly, are jointly being honored as Canby’s first Community Heroes.

“In a time where I hear people talking about how divided we are, the reaction of the Canby community did not reflect that in actions,” Chamber Director Kyle Lang said. “While social media was abuzz with political posts regarding the fires, the actions of our citizens showed a commitment to our small-town values of generosity, charity, and selflessness. There were all kinds of acts of kindness, and my heart was warmed to see our community behave in the way we all believe we should.” Both Lang and Mayor Brian Hodson are among the heroes. While smoke filled the air and evacuation levels rose, the two offered steady communication lines with Canby’s citizens.

The two pointed to a plethora of community members who deserved to be acknowledged.

“We are very, very blessed as a community to have the leaders that we have in the positions that we have that truly stay calm, cool and collected and handle it,” Hodson said.

Not least among them are Canby Fire Chief Jim Davis, Division Chiefs Matt English and Matt Dale, and the many other firefighters, paramedics, and support teams who stepped directly into harm’s way to protect others. Many of them worked for a day or multiple days without sleep.

“I’m sure our firefighters, all of us, have stories of tremendous work that was done. And Canby firefighters were right in the thick of it,” Davis said.

Also, in the middle of the action were Canby Police Chief Bret Smith and the many officers who stepped outside their territory to help evacuate Molalla and patrol the streets there.

“They handled themselves like true professionals and with the utmost of courage and compassion,” Lang said of both Canby Fire and Canby Police. “We cannot say enough about their efforts.”

Of course, it was not only people who had to evacuate but also animals, the latter being an area in which Canby shined. People brought animals in droves to shelter at Canby’s Clackamas County Fairgrounds and Event Center. In the middle of it all was Fairgrounds Executive Director Laurie Bothwell. Even when the stalls seemed to be filled, and Canby escalated to Level 2 evacuation status, still Bothwell committed to accepting more animals.

“I have to give kudos to Laurie Bothwell for her professionalism and executive skills in handling a complex problem with grace and panache,” Lang said.

Right there with her were Wanda Conlin, Lauren Humphreys, City Councilor Greg Parker, the Clackamas County Sheriff’s Posse and many other volunteers.

Additionally, Hodson said Wilco Farm Store donated items for the fairgrounds from feed and hay to hardware for setting up pens.

Others in the community used their skills to coordinate the collection of donations like Stephanie Vlachos from Neurotherapeutic Pediatric Therapies and Ellie May’s Beauty Bar businesswomen Gigi Rascon, Bri Gurnett, Michelle Tankersley and Renae Diaz.

The efforts of those named herein and those unnamed will not be soon forgotten.

“We do talk about events like this where you see the best and the worst in people. I have to say that this last event here in our area, I saw the best in Canby,” Hodson said. “The outpouring of support and empathy for our fellow Clackamas residents was so amazing to see. With everything that’s been going on in the last couple of months between pandemic and rioting, it didn’t matter where you were on a political spectrum. It didn’t matter where you were on an economic spectrum. It just mattered that you needed a hand, and people were stepping up to provide it.

“And that’s always what I’ve seen in the 15 years that I’ve been here,” he added. “I always see the citizens of Canby step up when there’s a need. No matter what’s going on — good, bad or indifferent — Canby knows how to rise to the occasion and lean into it and find a way to make it better.”