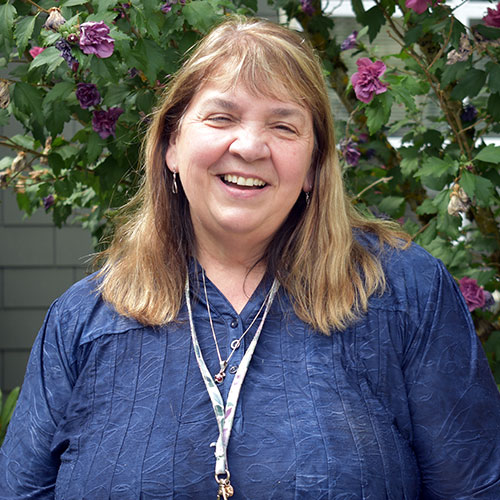 Why she is a Hero: Wiese is the founder and development director of the nonprofit My Father’s House. She has worked to keep homeless families together and given them lifelong skills that will enable them to be strong members of the community.

IT STARTS WITH COMPASSION

Wiese, a soft spoken but energetic woman, goes about helping the homeless in a way that is unique to her and her organization.

“It all starts with compassion. You have to realize that you haven’t walked in their shoes,” Wiese said.

For Wiese, the compassion was always there. Wiese was born in The Dalles and raised by her mother after her father died when she was 10 years old. Along the way, she learned compassion from her mother, who often opened the family’s home to those in need.

After high school, Wiese moved to Portland to attend Portland Bible College with her future husband Dan. The pair got married in 1979, and five years later, moved back to The Dalles to work for the Salvation Army.

Wiese then took a job as children’s pastor with East Hill Church in Gresham in 1990 and also served as an organizer of a support group for women who had escaped domestic violence.

During those sessions, Wiese found that many of the women had children and that there were few options where families could live together.

“I knew there were a lot of homes for domestic violence survivors, so I wanted to focus on homeless families and keeping the families together,” she said.

The pair was able secure nonprofit status for their project, set up a board of directors and then rented a duplex on Northeast Division Street.

“In the month we opened, we had over 100 volunteers come and turn this duplex that was a mess into a home,” said Wiese.

In January 2001, the duplex opened its doors to five families and began Wiese’s tenure as executive director of My Father’s House.

“I was the executive director from day one. I learned a lot from trial and error,” Weise said with a smile.

Although Wiese was foreign to the world of nonprofit fundraising, she took advice from other organizations in the area and was cautious with how she used her funds.

“Luckily, I have also always been something of a penny pincher,” Wiese said.
With help, Weise developed her fundraising skills and showed herself to be something of a natural.

“A group called Mission Increase was one of the first foundations that taught us how to raise money. And at the very first fundraiser, they said they would give me $100,000 if I could match it,” Wiese said. “And we matched it in the first year.”

After noticing the need to expand their base of operations and supply more shelters to families, Wiese purchased a plot of land off Powell Blvd. Not having enough money to fund construction and not wanting to take a loan, Weise decided to take the long way through the problem.

The final product was a shelter that houses 28 families and supports the organization’s six month shelter program.

What makes Wiese and her organization’s approach to homelessness unique is that they not only provide food and shelter, they also require some dedication from the people they serve.

“We have a back to work program that all of our residents have to do,” Wiese said. “We are going to help you by encouraging you, but we are not going to do anything for you that you can do for yourself.”

Weise understands that many people haven’t been shown how to get or keep a job, which led Weise to her final large project.

After purchasing a piece of land next to the organization’s main hub and shelter, Weise decided to turn the plot into a job skills learning center.

The building houses the organization’s job training program called the Journey. The Journey helps residents develop their work ethic and job skills as they sell extra supplies that are donated.

“Sometimes people aren’t taught how to interact with a customer or how to talk to their boss, so this would help bridge that gap,” Weise said.

Wiese stepped down as My Father’s House executive director in April, but will continue changing the lives of families as the program director of the jobs training facility.