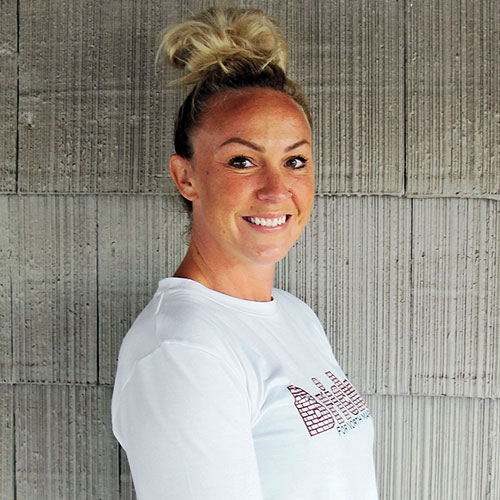 Why she is a hero: Shifted gears as COVID-19 shut things down, ensuring that people who needed food and supplies received them; formed the non-profit "Bricks for North Marion" to ensure her work could help senior citizens as well as students.

When supplies arrive at Bricks for North Marion, the unloading line sets into action. On Wednesday, Sept. 23, Christ Lutheran Church pulled up with a trunk-load of donations, and Whitney Workman, her 10-year-old daughter, Kinzee, and the delivery volunteer set into a circular clockwork rhythm, back-and-forth from vehicle to pantry hauling boxes and bags into the storage area.

“When they come in, it looks just like this,” Whitney pointed at stacks of goods on the pantry shelves, “and then they go out just as fast.” Wednesday is donation day with goods coming in from a variety of sources that Whitney coordinated with this past year, including Christ Lutheran, Aurora Presbyterian, North Marion Fellowship, and Butteville Community Church.

Much of Thursday is spent sorting those donations into boxes designated for scores of families in need living in north Marion County. Friday is delivery day, when a dozen volunteer drivers from various walks pull up, load up, and head out to some 125 households to deliver necessities.

Bricks for North Marion is a fledgling nonprofit that Whitney initiated this year from her home, with donated legal help from Woodburn attorney Phillip Iverson. Ultimately, Ludicrous Inc. Tattoo shop in Hubbard, located adjacent to the Burger Hut on 99E, also chipped in to the cause by donating space as the need outgrew the Workman family garage.

When COVID-19 closures were implemented last March, the NMPTO met, and Whitney recalled much of the discussion focused on ensuring students had computer and internet access.

“In my brain, I thought, ‘What about food?’ We have a lot of rural students out on farms without transportation; they can’t walk to get meals,” Whitney said.

She drove around and identified 11 families within the mostly rural district where there was an immediate need. Working with NMSD councilors, it was determined there were more, and the list grew to 45 families.

The garage became a busy place. “When we first started this in our garage, it was busy and we had all the kids helping,” Whitney said.

Joe and Whitney Workman had a ready-made a crew, a brood that includes Kinzee and her siblings Joseph, 21, Kennedi, 18, Ezra, 10, and Ryker, 3.

At that time, they were mostly helping out rural students, many without transportation, and as Whitney pointed out, were not in a good position to walk to get meals that were still being provided by the district. But eventually, there was more outreach, including the needs of some area senior citizens.

Need prompted growth, taking on more volunteers — especially drivers — and moving the operation from a NMPTO task to one that necessitates the new nonprofit, since the PTO must be focused on students.

NMPTO President Sara Hughes marveled at how it all came together.

Sara said Whitney was able to acquire funding from various philanthropies, including the United Way, reached out to the religious communities and even some food producers, and somehow managed to organize it all — and stay sane doing so.

When September winds whipped up wildfires that devastated much of Oregon’s forested rural communities, Bricks was able to connect supplies that helped the stream of incoming firefighters; basics like gloves, blankets, sleeping bags, boots and foot powder.

That surprised none familiar with the nonprofit.

“If someone posts something on community pages, like someone’s house burned down, she (Whitney) will go and see if we have supplies that will help the family, like sheets or blankets,” Sara said. “They saw a need during the COVID times and were doing food boxes and porch drop off,” North Marion High School athletic secretary Anita Whitehead explained. “Since then, she started Bricks for North Marion, a nonprofit, and she also arranged donations for firefighters.

“I don’t know how she’s able to be able to keep it all organized,” she added. “She is just an amazing person, and we appreciate her heart for the North Marion community. I don’t know where she gets the energy to do it all…Luckily she has a lot of parent support and a lot of people, like if she needs drivers (who) are ready to jump in and help.” At the end of the day, need provides the drive and the energy.

“Since March, there has been so much that has happened. It’s just a jumble in my brain,” Whitney said. “There was a need for this (nonprofit activity) before COVID-19 and before the fires, and there will be a need for it after they are gone.”