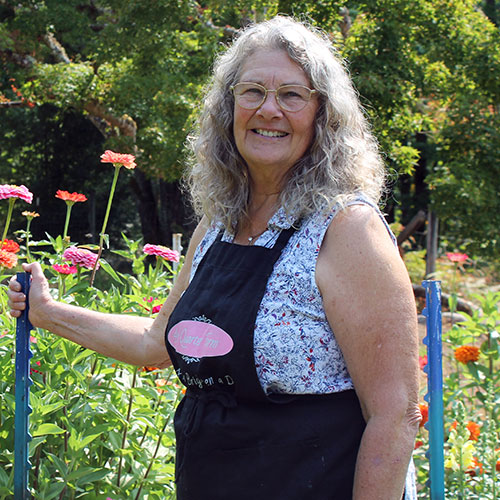 Why she is a community hero: After losing her husband of 46 years to Alzheimer’s, Munson set out to fill the hole in her life. After seeing the isolation of many in assisted living, she began growing and delivering flowers to those who could use a little extra joy. 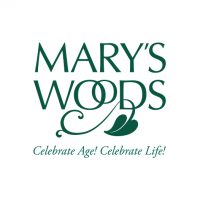 OUT OF PAIN GROWS SOMETHING BEAUTIFUL

For Ann Munson, 2018 was an extremely difficult year.

Shortly after shattering bones in her leg, Munson lost her husband of 45 years to late stage Alzheimer’s. Only a few months later, Munson’s mom died as well.

But out of all of the pain and grief sprouted an idea to help others who were suffering in the same way as her family. In 2019, Munson started 4th Quarter Farm, which delivers arrangements of hand-picked flowers — grown by Munson — every week to 120 seniors in assisted living settings, caregivers and others who are homebound.

“For someone that is lonely and isolated, to get this surprise out of the blue — a beautiful, colorful fragrant flower arrangement grown by someone who cares — it’s a big deal,” Munson said. “The responses we get are so sweet. They make me want to cry.”

After seeing both her mom and husband’s experience in assisted living facilities, and listening to them talk about other residents, Munson realized just how difficult and isolating that living arrangement can be.

She said she especially felt for those who don’t have visitors.

Munson, an award-winning artist, has always had a large garden at the Stafford-area home she shared with her husband for 30 years. However, it wasn’t until her sister told her to visit a website called Floret Flowers that she immersed herself in growing local flowers.

Munson said the death of her husband left a hole in her life. Aided by knowledge from several books on growing local flowers and an online class with Floret, Munson and her family’s longtime gardener began to fill that hole by starting 4th Quarter Farm.

They built a dozen raised flower beds, installed drip irrigation, cut and placed weed cloth, and erected netting and wires around the beds.

The learning curve was steep and Munson knew her endeavor would require an incredible amount of effort, but she remained undaunted.

“It became clear really quickly what a big challenge it was going to be. But I wanted a big challenge. I wanted something I could sink my teeth into,” she said. “There’s a lot to learn. You could be an experienced gardener, but growing flowers is really different.”

Munson said she had to learn about long-stemmed flowers that can sit in tall vases, varieties that will hold up in water after being cut and how to space seeds in the bed to make sure the flowers are healthy.

Munson said she now has about six volunteers who help with cutting, conditioning and arranging the flowers, but added that she could always use extra hands for hauling compost and gardening.

After witnessing her husband’s and mother’s experiences in assisted living, Munson said she knows the flower deliveries make a big impact to people in the same situation.

She fondly recalled taking 99 bouquets to a large senior living facility in Tigard each month during the first year of the project.

“We would take the flowers room-to-room and it was fun, because after a few months, they would really look forward to us coming,” she said.

This year, Munson and her volunteers have also made deliveries to the dedicated staff at busy local hospitals.

Knowing Fourth of July weekend would be as busy as ever for the emergency room at Providence Portland, Munson and a few volunteers brought in 60 bouquets.

“They took a picture of all the bouquets rolling in on a gurney. It was cool because they were completely surprised,” she said. “They were so grateful that someone acknowledged how hard they were working so we did it again at Legacy Emanuel.”

According to Munson, 4th Quarter Farm has been largely funded by her life insurance money, but she’s worried she hasn’t generated enough money in flower sales to keep it going.

She invited anyone in need of fresh-cut flowers to come to the stand, which is open on Saturdays and Sundays, or visit her website https://4thquarterfarm.com/.