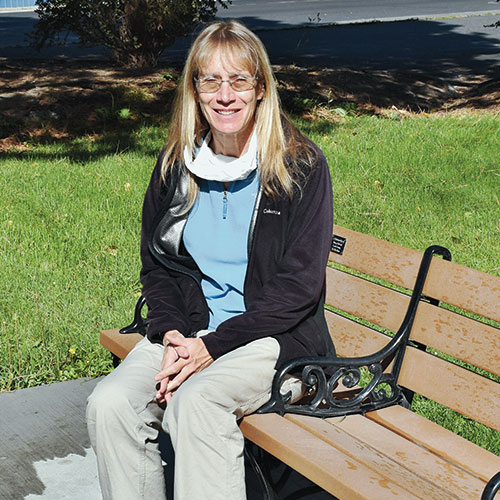 Why she is a community hero: Carol Benkosky was instrumental in helping several key projects move forward during the pandemic, including a project that helped fill a gap in readily providing books for local children in small libraries in the parks. 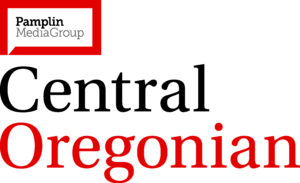 Walking beside someone is a good way to get to know them — both literally and figuratively speaking.

On a brilliant and crisp autumn morning, Carol Benkosky keeps pace with her dog, Buddy, while greeting other pedestrians on the walking path that borders Ochoco Creek Park. Benkosky understands the importance of teamwork and working alongside others to accomplish community projects and goals.

She has a strong but quiet manner as she talks about what fuels her passion for giving back to the Prineville community that she has called home for eight years. It is apparent that she demonstrates leadership in the many projects that she is involved in, which include, but are not limited to, Crook County on the Move, Crook County Rotary (she is currently the President), the annual fall and spring Ochoco Creek cleanup, and a new project this year — small, but free-standing libraries in the local parks.

Benkosky explained that several people had the same idea to construct some small, free libraries for children — particularly in the more underserved communities in Prineville. She was quick to point out that her friend, Kathi Brumlis, launched the project.

“No one does anything by themselves,” Benkosky pointed out.

Since many of her other volunteer projects center in and around the Crook County Parks and Recreation District (CCPRD), her group teamed up with the CCPR staff to create and set up the stations. Benkosky is also on the CCPRD Board.

“They are a loosely organized group of folks who really have a passion around literacy and are trying to make sure that all children have access to books, and particularly to try to encourage parents to read to their children,” explained Benkosky of the recently-organized group of locals.

One station was set up at a children’s play area at Ochoco Creek Park, and the other was set up at a park on the other end of town. She noted that they have been extremely successful and popular. The project has filled a community gap during the pandemic concerning ready access to books for local children.

“Parents and kids were hungry for books,” she indicated.

This is one example of Benkosky’s volunteer involvement and her ability to bring community people together on projects she is passionate about. Benkosky exudes a strong sense of humility when discussing her volunteer projects that bring people together, some of which she has organized. However, she considers herself an introvert.

“I’m not a person who naturally goes and meets people,” she added.

Before moving to Prineville, Benkosky lived in small communities-most much smaller than Prineville. She grew up in a family that instilled a love for reading and for the great outdoors, which she attributes to her natural resource career choice. She worked for the Bureau of Land Management for 10 years, and the Forest Service for 25 years, retiring in 2016 as the District Manager for the Prineville District of the BLM. She loves animals, and being a veterinarian would have been her second choice of a career. She lives in Prineville with her husband, Jeff, and her puppy Buddy. Volunteering is currently her passion, and she articulated that she needs to have a purpose and give back to her community.

“I think it’s important that everyone looks into what their passions are, and what are the things that they feel strongly about — and then look to see what the needs are in the community,” she indicated of her motivations for volunteering.

She has been instrumental in spearheading projects such as placing benches along the walking path by Ochoco Creek and the newly constructed Crooked River Wetland Complex and initiating fall and spring cleanups along the creek. “I got such support from Rotary and Crook County on the Move on so many projects and great support from people from CCPRD,” she indicated.

Benkosky added that she had a great deal of support from the City of Prineville staff when working at the Wetland Complex. “It takes a lot of people to get anything done.”

She observed that sometimes, people just need help seeing what opportunities are available and what they can be involved in.

“People step up all the time, it’s amazing,” she said.