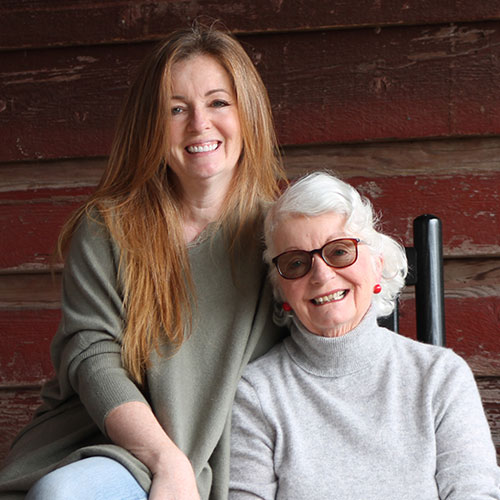 What makes her a community hero: An innate instinct to help others no matter what

Given the way she grew up, and her lifelong history of helping others, it was no surprise to those who know Ellen Urbani to see her don a snowboard helmet and swim goggles and face off against riot police and federal agents in downtown Portland.

Urbani joined swarms of people protesting racial injustice and police violence on Portland’s streets (taking an impact munition from federal agents in the foot in the process). Nor were they surprised when, mere weeks later, she repeatedly drove through flames amidst the worst wildfires the state had seen in decades to rescue animals stuck in the inferno.

The desire to help others, lend a hand, lift them up, and show solidarity is simply part of who she is — practically at a genetic level. Helping others was a part of Urbani’s life since before she could walk, thanks primarily to her mother, she said.

Some of Urbani’s earliest memories were walking door-to-door with her mom collecting money for March of Dimes. She also recalled answering phones as a grade-schooler as part of the phone bank in an annual PBS fundraiser. Every time they went to the grocery store, she carried an extra shopping list for a family in need. Every week they went to church, they stopped to pick up a few other parishioners without a ride.

Helping others was just a way of life, not a lesson anyone had to explain.

Urbani further explained how the selflessness comes from her mother, Katie, when she spoke of how her sisters have also helped others. Last year, one sister flew to the U.S.-Mexico border to support migrants families who were separated, she said. Her other sister works for Clackamas County, rehabilitating animals so they can find new homes.

Urbani said she never considered her actions heroic, even when she jumped into harm’s way to help others. She was doing what others have done for her.

Hailing from Virginia, Urbani settled in Oregon after attending graduate school at Marylhurst University. She spent a decade working as a grief and trauma counselor in hospitals and a psychiatric consultant for disaster relief efforts.

Around 2006, she switched gears to focus on raising her two young kids and writing. Her first book, “When I was Elena,” came out that year. It chronicles her time serving in the Peace Corps in Guatemala, another experience that shaped her instincts to help others.

Urbani said she benefited from her time in the Peace Corps in a thousand different ways. Perhaps most importantly, she learned she is stronger than she would have ever believed. Urbani learned to care for herself and to rely on others when she needed help and also that there is no reason to fear the unknown.

Her lessons from Guatemala are part of what propelled her into action when she saw violence and discrimination in her backyard. “Living in Guatemala during the civil war, there was a horrific genocide taking place at that time, and the indigenous people among whom I lived, who took care of me, who welcomed me in, were being slaughtered,” Urbani said. “I lived deep in that place, watching that racism and violence and hatred, how ruinous that all is. That injustice became something I could never sit still and watch. I could never be quiet in the face of it.”

One lesson she learned from her mom and was reinforced during her time in the Peace Corps, is one she wants more people to understand:

“We are all capable of so much more than we realize,” she said.

You don’t have to be particularly gifted to make an incredible impact.

“(When evacuating animals from wildfires), there wasn’t anything I did that was special. I just knew I had pastures that could be filled. I knew I had a truck and a trailer, and I could aim it toward someone who needed help. I’m not the best animal wrangler around. I’m not even very good at it. And I was in two casts at the time. There were people who were much better than me out there,” she said. “But they don’t need the best person when there’s fire coming out of the woods onto your pasture. You just need some person, and I think the thing my mom taught me was that I could be that person.”

A bit more self-confidence and audacity could lead to a whole lot of good, Urbani believes.

“So many people have good hearts and good intentions but don’t know where to start and don’t know what to do because they underestimate their own ability,” she said. “Mostly, what it takes to contribute is to simply be willing to show up. You can learn nearly anything. You can do almost anything.”