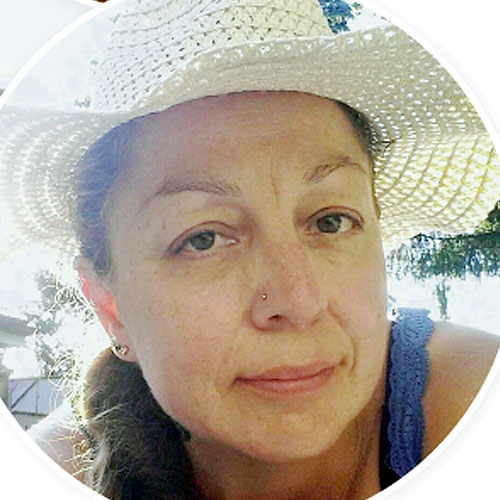 Why she's a Community Hero: Leader of Our Community Cat Rescue doesn't hesitate to go out and save animals, despite pandemic or wildfires.

Our Community Cat Rescue took in feline friends from the evacuees of wildfires and was out every day amid the smoke that enveloped Oregon.

Janice Saban, who heads up the nonprofit organization that rescues cats in need, says it’s what a dedicated group of volunteers has done for years — regardless of disasters like a pandemic or raging wildfires.

When most people were trying to stay inside, Saban and her team were responding to calls like this one from a resident of an apartment complex in urban unincorporated Clackamas: “It’s driving me crazy. There’s a cat stuck in the bushes, and it keeps crying and crying, and we can’t find it.”

Saban, 55, says she’s getting a little too old for this type of effort, but she’ll keep going as long as she’s physically able.

“We climbed up this hill full of blackberry bushes in air that we were told was ‘very hazardous’ and by the time we found the cat, our lungs were burning, but we were all so happy anyway,” she said. Our Community Cat Rescue supporter Marjorie Myers said the organization does an amazing job with the rescue, care and placement of abandoned cats and kittens.

“If this group was not doing what they do so well, we would have many cats and kittens on the street suffering sad and dangerous lives,” said another Our Community Cat Rescue supporter Kathy Ira. “This group survives only on donations, so the more publicity they can get, the more cats can be saved.”

While she was honored to receive the Community Hero award, Saban was quick to credit her legion of volunteers. “Please mention how our foster parents and transport volunteers are heroes as well,” Saban said.

At one of the locations where wildfire evacuees were gathering, Saban found out about a feral cat that had recently given birth amid a parking lot full of RVs. Saban and her team members then began to collect the kittens and get mama spayed and find homes for her brood.

“When you find a nest of kittens, don’t touch them and get some help immediately, because you have to get the moms spayed or she will continually have litters. The kittens will grow up to be feral too if left. But don’t let someone just take only the kittens,” Saban said.

At a community garden in East Portland enveloped by smoke, Our Community Cat Rescue was called in to retrieve three kittens. The job turned into a rescue of eight kittens and one mom.

“Sometimes, I feel like Animal Planet because we’re out there every day,” Saban said. “There’s a saying in rescue: It’s like the mafia; you never get out. I wish there were five more of me because there are too many cats to rescue and too few people who are doing this work.”

Saban recommends catinatreerescue.com as a list of arborists who will take donations for bringing down cats who often can be found stuck at heights. If you see a feral cat, Saban says, the humane thing to do is feed it and contact a cat organization.

“People think that by not feeding feral cats, they will go away, but they’ll always stay in the area that they were dumped, often starving there,” she said.

COVID-19 initially shut down cat-rescue operations across the nation. Still, Our Community Cat Rescue was among the groups that quickly adapted with social distancing measures, saving more than 45 feral cats from a rural property in Clackamas County this spring. Clackamas County lacks a regulatory agency for cats, which don’t require licenses like dogs in the area. Rescuers found the abandoned cats emaciated, some wounded, and a few were dead.

“No one wants to see animals suffering, and the best outcome is to put them to work in an environment where they can be successful and happy,” Ballensky said.

To find out more about how you can help, email Saban (ourcommunitycatrescue@gmail.com) or find the group on Facebook. Saban said that the group is always looking for additional volunteers.