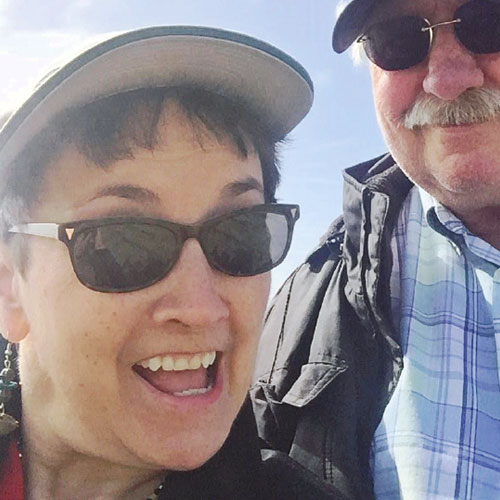 Why she is a hero: Brain trauma inspired her to work to prevent damage that drunk drivers cause in too many cases annually.

Joan Miller was hit by a drunk driver on June 12, 1999, spent her 42nd birthday in a coma, and woke up four days later with severe brain damage.

Miller has spent the rest of her life trying to physically recuperate while attempting to prevent the damage that drunk drivers cause in too many cases every year.

In 2001, she started speaking monthly on the Victims Impact Panel for Multnomah County, so far reaching over 50,000 people there. Through a nonprofit organization called Oregon Impact since 2008, she regularly speaks at high schools throughout the state to remind kids about the importance of making smart choices.

“Because of that drunk driver, all of these choices were made for me, and that’s not cool,” she tells students. Miller has suffered the complications of a traumatic brain injury for the rest of her life, having to relearn basic living skills such as walking, talking, swallowing, visiting the bathroom, and the difference between hot and cold and sweet and sour.

Miller tells the students how she had trouble identifying places and things: she was sure that the hospital she was in was St. Mary’s Academy, where she’d gone to high school. She couldn’t recognize a toaster.

When she finally got to come home from the hospital, she was sure that her house was, in fact, her sister’s house. She couldn’t recognize her dog.

She couldn’t remember her husband’s name.

“I said, ‘I know I married you, but I can’t remember your name!’ Do you think that was his choice?” Miller says.

Miller outlined grueling surgeries and medical procedures, including an injection of botox shot directly into her eye. She tells the students that to this day, 20 years after the crash, she still has difficulty with fatigue, depth perception, severe teeth grinding, and she still can’t find the restroom in a dear friend’s home. She has to be led there every time. Due to the traumatic brain injury, she cannot drive or work, but she is thankful to Oregon Impact’s Executive Director Janelle Lawrence for giving her a voice to tell her story to students.

“Janelle not only took on the role of Oregon Impact’s leader, she stepped into my heart as well,” Miller says. “She’s there for me day or night, just a phone call away if I need anything or simply want to talk. She bends over backward to make sure I’m present at as many events as possible and that I have the opportunity to impact and influence people to make better choices.”

In addition to Oregon Impact, Miller volunteers at the Rehabilitation Institute of Oregon’s Healing Garden and horticulture therapy. She shares her story with families and patients recovering from brain injuries, working as a mentor and showing that success is possible.

Miller is proud to have co-founded BIRRDsong (now called Brain Injury Connections NW), a survivor-led support group for brain injury survivors, their families and caregivers. In 2018, she was the keynote speaker at the Washington State Traumatic Brain Injury Conference and delivered a lecture titled “Forging New Pathways, Navigating New Dreams.”

Miller speaks annually with Dr. Bruce Wojciechowski of NW EyeCare Professionals to optometric students at Pacific University about her optical journey. She tells student to specialize in vision therapy, since it was instrumental in her recovery.