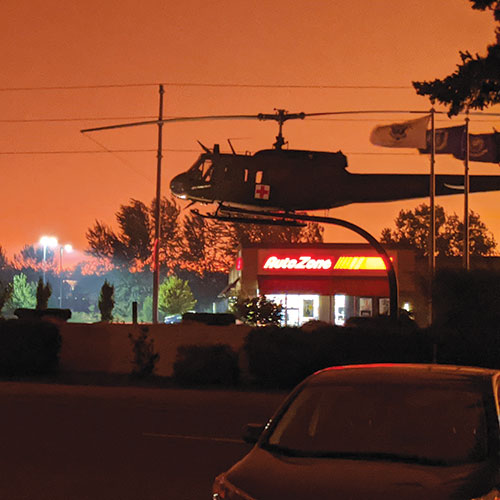 Why these communities are heroes: During the recent wildfires the police and fire departments, along with local citizens went above and beyond to protect and care for the town and each other. 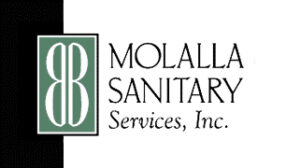 When the wildfire threat was at its most dire, Molalla and Colton’s communities rose to meet the challenge, not only outside of town, but within.

As acres of timberland, homes and dreams burned close by, and communities such as Molalla and Colton were forced to evacuate, there were rays of sunshine pushing through the dense smoke and choking ash. And it’s for that reason that these communities have been tabbed for the inaugural Pamplin Media Group Hometown Hero award. With too many people involved in too many areas, Molalla City Manager Dan Huff offered perspective on the ordeal.

“Our daughter lives up by Silver Creek Falls, so for me, this whole thing started early Tuesday morning (Sept. 8) when my wife and I got a call that she was evacuating,” said Huff. “I didn’t realize that there were fires that close. By the time I got to my office, a number of my staff were in the same boat.

“We had to look around and grasp some reality of the situation here and then just got to work,” he added. In the days that followed, Huff said he has been truly impressed with the resiliency of the Molalla community. While Molalla residents were evacuated, the fire didn’t reach the city, instead depositing smoke and ash that had to be dealt with. However, others outside of town suffered greatly, and Huff said the response to help was tremendous.

“Just seeing how people came together to help others was amazing,” he said. “And our Molalla Fire District was phenomenal. They were fighting that fire for two or three days by themselves before they got help. It’s not a big department, and they were working unbelievable hours just scratching and clawing.”

Alone, except for some random crews of civilians who came together to jump into battle the blaze as well, the firefighters put in long shifts to try and keep the flames out of town. “And our police officers were working constantly until some local agencies came in and offered their officers to help so ours could get some breaks,” Huff added.

A look at the substantial amount of police and fire calls from Sept. 9 to 12 alone tell the tale of an area that was somewhat under siege from the fires and the fear that comes with it. But Molalla responded. Huff lauded the efforts of Police Chief Frank Schoenfeld and Fire Chief Vince Stafford, as well as their staffs, for doing yeoman’s work in keeping Molalla safe under crazy circumstances. And make no mistake, their efforts were crucial when things got dicey.

Huff and his staff put in long hours early on as the information that was coming in seemed to change hourly — much like the fire itself. There was a lot to be done, decisions to be made, and people to worry about within the town itself. In the midst of it all, Molalla had to evacuate.

“I didn’t think I would have a Molalla to go back to,” said Huff about the first couple of days. “Trying to get that many people out was amazing. It went pretty smoothly, and a lot of people had already left.

“You don’t know what emergency preparedness really is until you go through it,” he added. “There’s no one this didn’t touch.” But within the chaos, the tentacles of hope and respite found their way into Molalla, Colton, and onto the fire lines. People donated water and other supplies. Food started arriving from people wanting to help. Evacuation of horses, pigs and other livestock occurred throughout the area. The grace of neighbor helping neighbor was on full display. Molalla showed up for Molalla — and got some help from many others as well.

Another pleasant and timely revelation was that Huff “found that some of our neighboring cities are more than willing to work with each other and offer help. That has been an amazing thing for us. And the people of this community are unbelievable. There were many people out in the woods dealing with this thing who don’t want recognition. They were working for their friends and family.”

In his own office, he witnessed the determination and dedication, noting that many weren’t sure their homes were going to make it. Huff said they secured their families and then came back into work. “I was pretty impressed by their commitment to this community,” said Huff. And now, with Molalla safe, the time to take stock of the events has arrived.

“We’ll be dealing with the after-effects of this for the next 30 to 60 days,” said Huff. “The fire is still burning, and Molalla will be one of the entrances to that fire, so we’ll have fire apparatus rolling through town for a while.” The contributions of Colton’s fire department didn’t go unnoticed as the flames raced toward that town.

Canby Fire Chief Jim Davis, along with a Colton brush rig and one fire engine, were the first on the scene to the Unger fire. With many roads blocked in that area, Davis said the Colton guys led him to the fire via a roundabout way — he’d have been lost otherwise.